Located in the heart of the Waverly area, Columbia, South Carolina, the Black Box Barber Shop is distinctive. From the outside it may look like and ordinary old building, but on the inside it is lively. Known to be a central spot for the men in the community who pass through all day every day to get a hair cut, hang out, or both. In this close-knit community where everybody knows almost everybody, the Black Box is the place to catch up with friends.

The Black Box Barber Shop was opened by Reagan Smith almost 25 years ago. He and his wife cut hair together and wanted to open up a place where everyone was welcome. The name came from a popular hairstyle in the Africa-American community back in the early 1980’s called the “box” haircut. Smith still cuts hair at his barber shop to this day, and still has many customers from when he started 25 years ago. Smith also has two other barbers working in his shop. Derick and Lamont. Derick has been at the Black Box for 15 years and Lamont for less than a year.

The Black Box Barber Shop is full of laughter, friendly arguments over sports, conversation, drama, and town gossip. Most of the time there is nowhere to sit and the room is full of people standing around shooting the bull with one another. Smith says that he isn’t planning on going anywhere anytime soon, and that the Black Box Barber Shop will live on for a long time to come.

Black Box Barber Shop manager Derick Gibson, with phone, and owner Reagan Smith, shown far right, begin the day with their first customers. Located in the heart of the Waverly area just east of downtown Columbia, the Black Box Barber Shop is a local hot spot for the community to hang out and get a fresh hair cut. 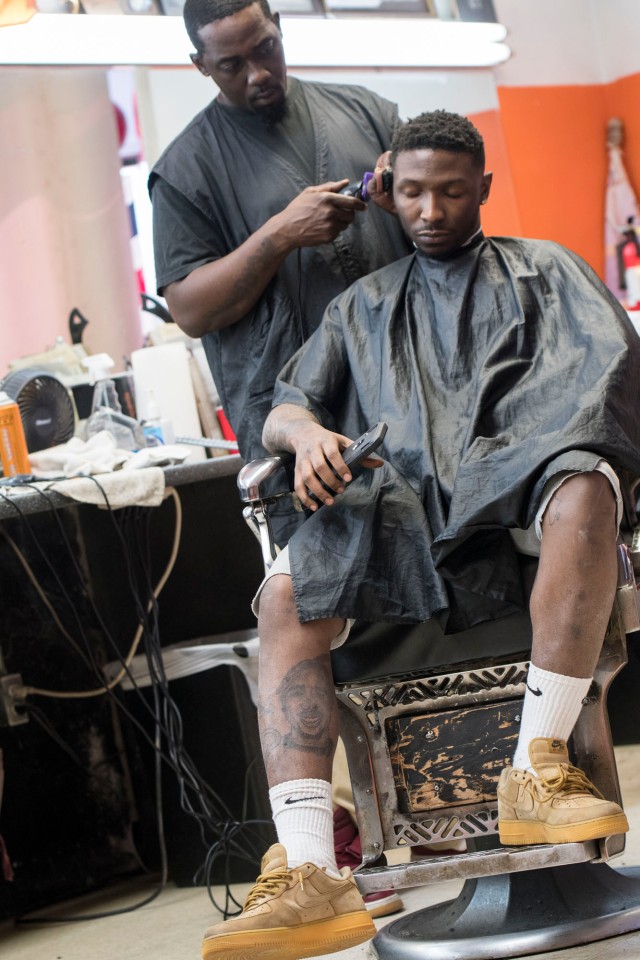 Lamont, gives one on his regular customers a clean cut.

Dee gets a close straight razor shave every week.

Young Carter watches a movie on a cell phone as he gets a haircut.

Men who go by Tank, left, and Mr. T, have a friendly sports debate while waiting for their haircuts.

Reagan Smith, owner of the Black Box Barber Shop, has been running this his place for 25 years. He takes a mid-day break to grab lunch.

Micheal Sparks, the CEO for Underground Kitchen pop-up dinner concept, comes to the Black Box Barber Shop for a shave before a big event. 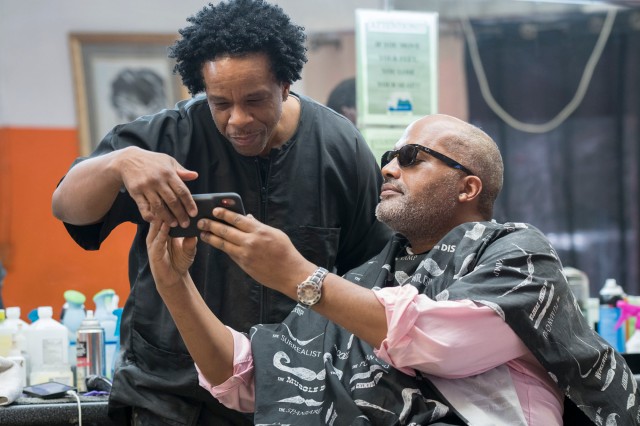 Sparks shows his barber Derick Gibson an event he is putting on that night with Underground Kitchen.

“Skeet” grooms his new haircut before heading out on the town.